The last decade has witnessed the global startup ecosystem growing significantly, to reach a valuation of USD3 trillion in 2019. The Indus Entrepreneurs (TiE), the world’s largest nonprofit organisation for entrepreneurs, founded in 1992, has been a cornerstone for this progress. Acting as a one-stop destination for ‘Education’, ‘Mentoring’, ‘Funding’,
‘Networking’ and ‘Incubation’, TiE, since its founding, has been an exemplary liaison between aspiring entrepreneurs and the entrepreneurial ecosystem. Over the past decades, its footprint has been expanded across 14 countries and 62 cities with more than 15,000 members and 3,000 charter members.
TiE has nurtured more than 25,000 startups, creating an exceptional mark in the global entrepreneurial ecosystem.
The organisation also offers customized programmes for different target groups, including TiE Women, TiE University, TiE Young Entrepreneurs (for high school students), TiE ACCESS (for underserved populations and people of colour), and TiE Angels (angel investors). Through more than 5,000 annual educational and networking conferences (TiE Con) in addition to multiple global competitions, TiE reaches more than 3 million audiences a year. The presence of business tycoons such as Bill Gates, Ratan Tata, Narayan Murthy, Vinod Khosla, Elon Musk, Satya Nadella, Tim Draper, late Jack Welch, Reid Hoffmen and Reed Hastings, among others, in these events as key speakers depicts the impact TiE has on the startup community.

Every movement starts from a simple thought or an event that creates a profound impact. AJ Patel said, “Guys, why don’t we start doing this on a regular basis, say once a month” when a speaker was delayed for an event and the lunch then turned into a networking session. This bloomed into one of the world’s largest communities for entrepreneurs that we now know as The IndUS Entrepreneurs (TiE). Twenty nine years ago, on 22 December 1992 a group of successful Indian entrepreneurs joined forces to form a network. This group consisted of the seven founding members of TiE. Suhas Patil was invited to be the first elected President in 1993 and together with the founding members, this club started evolving into a much bigger concept, snowballing into a movement. In 1994, the founding team had an idea to curate a 2-day conference and showcase stories of successful Indian entrepreneurs in the Silicon Valley. The event started with an ambitious number of 300 attendees and catapulted to more than 600. This event, TiECon Silicon Valley, has now become a lead asset of TiE. There are now hundreds of TiE-Cons conducted every year, including the marquee TiE Global Summit (TGS). TiE has evolved into an organisation that has had profound influences on governmental policy, with one illustrious instance Kanwal Rekhi met the then Prime Minister of India, Shri Atal Bihari Vajpayee, leading to some revolutionary recommendations to prepare India for the dot-com boom of 1999. The late C.K. Prahlad also played a key role in shaping TiE into its current form. His idea encapsulated the charter, vision and governance model for what TiE should stand for. His idea laid the foundation for the Tie Global Board, which was established in 2000. These ideas were documented in a book named The House of TiE. The paper can be downloaded through this link. TiE was able to capture the imagination of ambitious migrants all over the world. It provided a common platform for entrepreneurs across communities to collaborate and discuss ideas, connect with mentors and investors, and network with peers. The impact of TiE is no longer limited to one country/ethnicity/vertical. TiE Global now has 62 chapters across 14 countries and keeps the ethos of entrepreneurship alive. 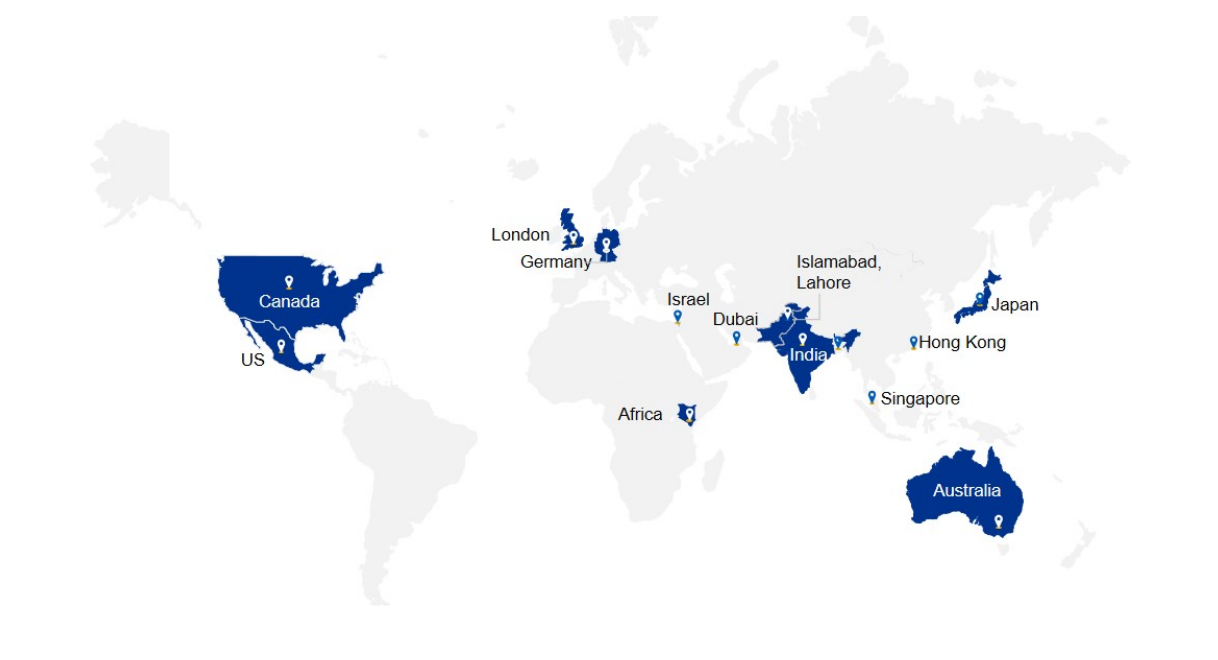 Pacific and Central US 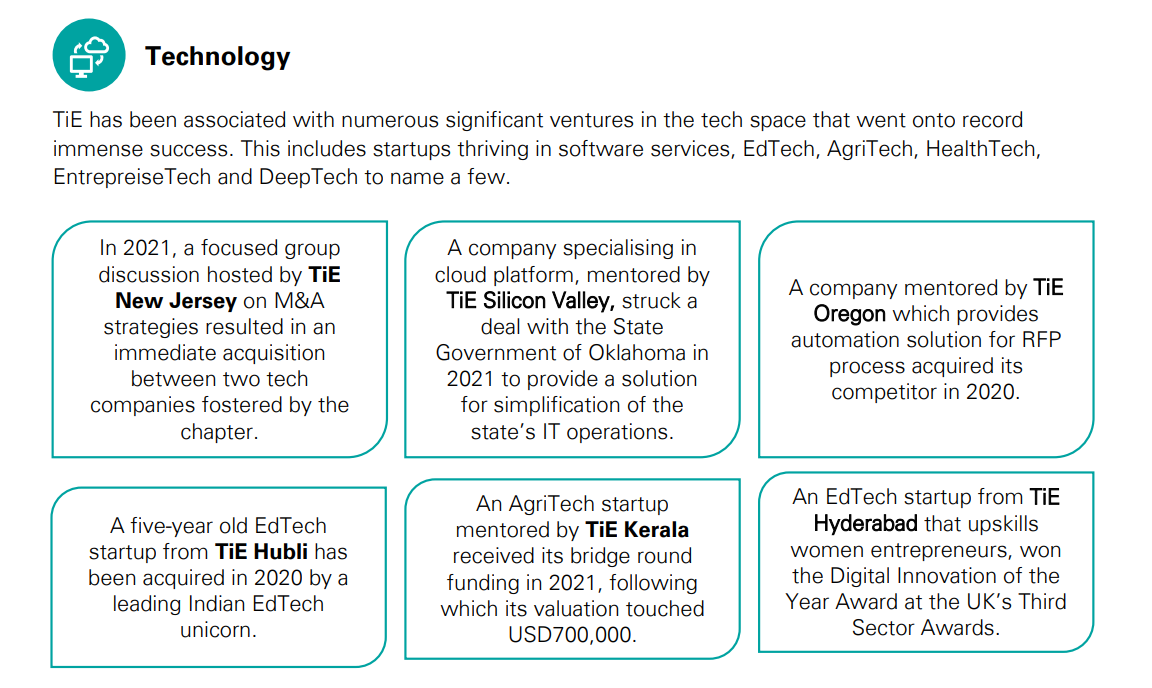 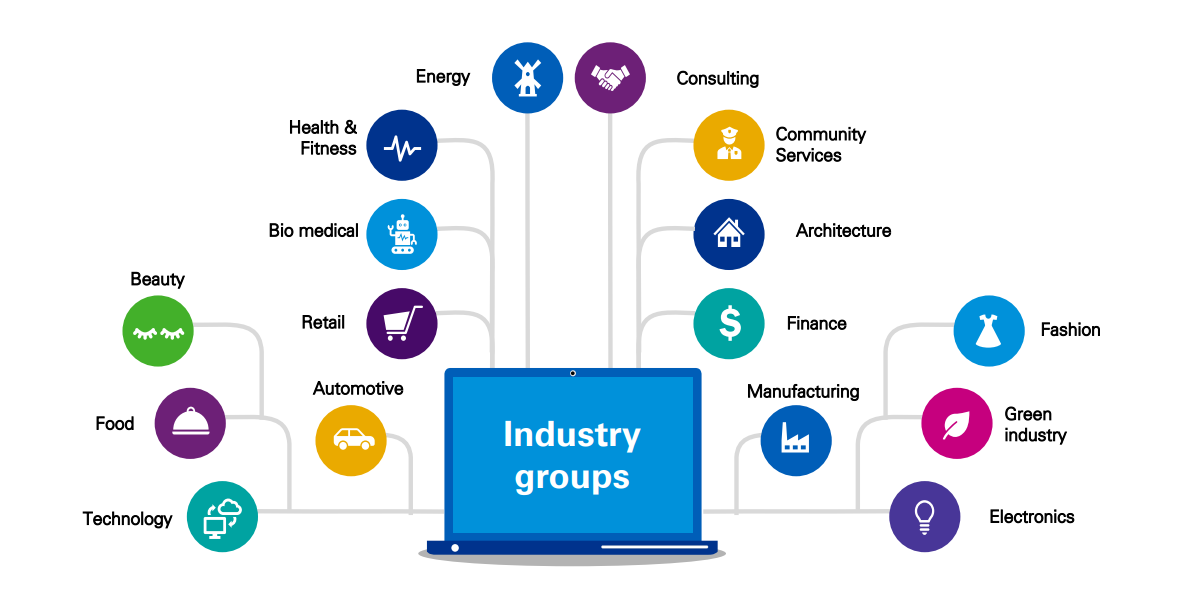